Trial Court’s Decision Ignores Successful Prevention Programs, And Is At Odds With Law, Policy, And Court Decisions On Liability Across The Country 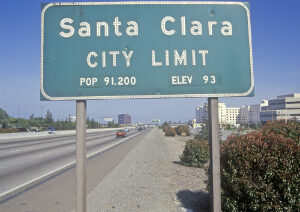 Since 1987, trial lawyers have recruited plaintiffs in scores of lawsuits against former manufacturers of lead pigment or paint. Initially, plaintiffs asserted negligence and product liability claims. But, as courts rejected these claims, plaintiffs’ attorneys teamed with government officials to bring public nuisance claims against former manufacturers. Eight public nuisance claims resulted. The claims in seven other states have either been voluntarily dismissed or rejected by the courts or juries. In the Santa Clara County, California case, filed on March 23, 2000, Judge James P. Kleinberg presided over a five-week bench trial that began July 15, 2013. The trial court ordered three of the five defendants to pay $1.15 billion into an abatement fund to be managed by the State or its Childhood Lead Poisoning Prevention Branch. The liable defendants have appealed.

Suits against companies that long ago made white lead pigments used in residential paints have failed because the companies are not responsible for risks today from useful and legal products they made long ago. Lead-based paint was specified and recommended by federal and state agencies for use in public and private buildings – all at a time when the alleged current risks to children were not known or knowable.

The recent Santa Clara County, California trial court’s decision is an aberration that turns existing law and policy on its head.

Children’s blood lead levels in California are at an all-time low, they continue to decline, and they are below the national average. California justifiably calls its comprehensive Childhood Lead Poisoning Prevention Program (CLPPP) a public health success.

In addition, federal and state data show that age of housing does not predict children’s blood lead levels. And, the federal and California governments have established that intact lead paint typically is not a hazard and does not need to be abated. Yet, the trial court inexplicably held that all lead paint inside homes built before 1981 is a public nuisance, even if intact, and the existing CLPPP program is inadequate.

The trial court further held that the advertising of lawful products 60 or more years ago is the cause of that public nuisance, rather than poor maintenance by neglectful slumlords. However, because defendants advertised lawful products for then-lawful uses, the First Amendment protects their commercial speech from liability.

In short, because the trial court believes that more needs to be done to protect children from lead exposure, it held three former manufacturers of white lead pigments liable to pay for the inspection and abatement of all pre-1981 homes in the ten plaintiff cities and counties, without finding that their products are in any of those homes.

According to public health officials, the most effective way to address blood lead levels in children is through enforcing existing housing laws and California’s CLPPP program. CLPPP is successful because, unlike the trial court’s order, it addresses all sources of lead exposure to children, including the predominant sources of lead in soil from leaded gasoline and industrial emissions, ethnic foods, ceramics, cosmetics, and remedies.

The Santa Clara, California trial court correctly found that exterior lead paint is not a public nuisance. But then it inexplicably required the liable defendants to abate all lead in soil, which results from other sources such as automotive and industrial emissions of lead.

It further requires the liable defendants to repair structural problems, such as leaking roofs and plumbing, created by owner neglect of routine maintenance. Thus, the trial court has held three former pigment manufacturers responsible to pay initially for the largest housing renovation and soil removal project in California history.

HUD has found window replacement to be ineffective, and refuses to pay for removal of windows with intact lead paint. Yet, the trial court’s program requires replacement of all windows with lead paint, as well as all doors, floors, stairs, and railings.

California puts the obligation on landlords to prevent or abate lead-based paint hazards. Landlords are in the best position to protect their tenants from lead hazards. However, by shifting the responsibility to manufacturers to pay for abatement and structural repairs, and by putting the worst properties with the most housing code violations first in line for abatement, the court-ordered abatement program perversely gives owners an incentive to unlawfully neglect their properties.

The court’s order also penalizes law-abiding property owners by making their properties with intact lead paint “substandard” and “untenantable” under the housing code. Stigmatizing all homes built before 1981 with lead paint will likely affect their market value, marketability, and insurability.

Lead-based paint was used for centuries because of its durability and washability. But as the knowledge of today’s risks from lead-based paint evolved, the manufacturers did the right thing and acted responsibly.

The use of lead-based paint peaked in the 1920s. Government agencies and public health officials recommended its use then because it was washable and durable. Public health was concerned with sanitation to ward off Spanish influenza, tuberculosis, and other infectious diseases.

However, the trial court found the three companies liable based on hindsight. It found that the companies should have known, decades ago when they last made white lead pigments, of the risks to children from very low blood lead levels first reported in a study published in 2003.

Similar lead paint lawsuits have been rejected by courts around the country.

This litigation by hindsight has failed nationwide. More than 25 years of litigation, including public nuisance claims in seven other states, has either been voluntarily dismissed or rejected by the courts or juries. For example, in Rhode Island, the Supreme Court said in a ruling that “the public nuisance claim should have been dismissed at the outset.”

Public nuisance law and the constitutional separation of powers doctrine both require courts to follow legislative and regulatory policies and funding decisions. Instead, the California trial court’s finding of liability and its funding remedy exceed its authority by creating new standards that conflict with federal, state, and local regulations and by calling the legislature’s funding of CLPPP inadequate. In effect, the trial court improperly substituted its untested, personal opinion in place of well-studied legislative and regulatory policy.